Spiritual Time-Table for the month of Ramadhan 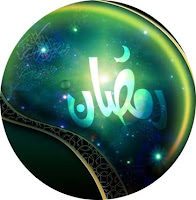 We hope that this sacred month will be distinguished amongst the months we have fasted in years past, so we would like to summarize what is required of us in this generous month in order to attain the highest blessings. The one who does not lay claim to what remains of this month will face an enourmous loss that cannot be compensated. Days pass quickly and the human being hardly notices anything distinctive in life except by the mercy of Almighty God.
Here are some suggestions we offer to you in the hope that they will bring success to every heart that beats with love for the Divine Master.

1. The best deed in this month: avoiding all the things forbidden by Almighty God, so let us count the sins that we commit frequently throughout the year, because this is a rare opportunity to give up destructive vices. The sacred atmosphere of this month is able to bring every good and eliminate every evil!

2. It is possible for us to deceive ourselves because the soul by its nature doesn't like the long walk in the path of obedience. It is inclined to amusements and entertainment and is full of neglect and forgetfulness as our Imam Sajjad described. So let us try and deceive our soulsin return, asking them to follow us for at least this blessed month. How marvelous it would be if we could continue to forty days, borrowing ten days from the month of Shawwal, to make this forty days a distinguished period, the best period of our activity throughout the year.

3. Just as the merchants of the material world close their shops for inventory,it is suitable for the seekers of the Hereafter and its blessings to make this sacred month the beginning of the spiritual year. So let us now take a pen and a piece of paper to record our debits and credits and to plan a new year free of disobedience except for the minor and unintentional acts. This goal aims for the benefits of this life and the Hereafter.

4. One of the obstacles to divine generosity in this month, particularly in the Nights of Power, is having enmity, anger, and discord with others, especially with relatives. Try to take a look at the people around you, especially your parents and those you have to look after to prevent them having a broken heart on your account. The one who breaks a heart is responsible for putting it back together again!

5. The times we break the fast are blessed times in which the individual finishes obeying a divine command the fruit of which is piety. We have to magnify our prayers, especially for the return of Imam Mahdi (AJ) which is our comfort as well, and after praying for that we should pray for the forgiveness of our sins. How wonderful it would be if we commit to saying the prayers strongly suggested for breaking the fast, and especially this prayer which has been attributed to the Prophet: "Anyone who fasts and breaks his fast saying this prayer: 'O Most Great, O Most Great! You are my God and there is no God but you, forgive my great sin, for there is no one to forgive the great sin but the Most Great', all of his sins will leave him like the day he was born of his mother."

6. Don't delay the prayer past its prime time, especially the Sunset prayer (Maghrib) except if your soul would struggle for food or if there are people waiting for you. To give the soul what it needs is better than giving priority to the belly which can be satisfied with but a few bites.

7. It is never appropriate to awake for food before the fast, then go right back to sleep without praying the night prayer before the Lord of the Universe. Almighty God loves the ones who seek forgiveness in the late hours of the night and there are divine manifestations for God's closest friends in the deep of the night that cannot be repeated at other times, because it is the hour to gain a most praisworthy position! Even stranger is that the worshipper would never miss food before the fast, but would miss performing the mandatory Morning prayer, which would be prayed after its time like the rest of the year

8. The believer should complete the Holy Qur'an in a thoughtful way during the month of Ramadan where he should try at least to understand the outward meaning of the verses. Then he should attempt to think more deeply on its ideas so that he might be given a special gift in understanding the Holy Qur'an. Isn't it beautiful when a person understands the message of the One he loves?! During this month we should increase our reading of the Chapter of Unity (Surat al-Tauhid) in the spare hours of the day -- and how many spare hours we have -- for reading it three times during the normal year is equivalent to reading the entire Qur'an, and each verse in this month is equivalent to reading the whole Qur'an. Can you imagine the amazing multiplication of rewards using this equation?

9. Try to give the late hours of the night before Friday during Ramadan their real value because they are amongst the best hours of the entire year. Do you know any more powerful elixir than this: the sacred month, the blessed night, and the hours in which the doors of the heavens are opened? But how neglectful we are!

10. Going too far in watching the media which are so widespread these days under the excuse of watching Ramadan-oriented programs which never belonged to Ramadan in any way -- rather they contradict Ramadan in many cases -- are amongst the causes of many terrible consequences: illness in the body, loss of sustenance, and hardness of the heart, as we understand from the hadiths on what happens when we get into matters which don't concern us. How can we expect to distinguish these precious hours of the night by starting with neglect and forgetfulness and following that up by seeking empty pleasures?

11. Never expect a distinguished Night of Power when the nights preceeding it were in no way differentiated from any other nights of the year. There should be a gradual ascent from the beginning of the month so that the Night of Power would be a peak of radiance in the area of forming great deals with the Lord of the Universe, but how few are those kinds of people!

12. We should never neglect the charitable aspect of this month, with deeds like taking care of orphans, supporting the destitute, and urging others to feed the poor. The one who gives food to the fasting person to break his fast gets an amazing reward, but on the condition of sincerity and not for showing off, and that he chooses the ones who by feeding them we can come closer to God. This is one example of placing a sacrifice before Almighty God, and He does not accept it but from the pious ones.
(courtsey: www.alseraj.net )
at September 17, 2008

can i get viagra by internet