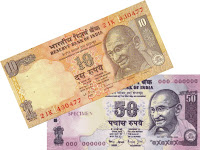 Question: When does Fitrah become wajib?
Ans. Payment of Fitrah becomes obligatory after sunset on the eve of Eid al- Fitr. The Fitrah should be kept aside and paid on Eid al-Fitr before Eid prayers or before midday for those who cannot say their Eid prayers. It is necessary to have obligatory intention (niyyah) of giving Fitrah for God's pleasure only.

Question: To whom is Fitrah obligatory?
Ans.: Paying Fitrah is obligatory on every Muslim who is mature (baligh), sane, financially able, and conscious on the eve of Eid al-Fitr. Fitrah should also be paid on behalf of all dependents (e.g. wife, children) whom one supports financially.

Question: What happens if the guest arrives after the sunset on Eid night?
Ans.: In this case the guest will pay his/her own Fitrah and it is not obligatory on the host to pay Fitrah for the guest.

Question: Whom should we give the Fitrah to?
Ans.: It is given to the needy who are unable to meet their own or their dependants annual living expenses, nor do they have the means to do so through earning. Ayatullah As-Seestani says that the needy who is given the fitrah must be a Shi`ah Ithna `Ashari.

Question: Who should not be given the Fitrah?
Ans.: A needy who: consumes alcohol, does not say his daily prayers (salat), commits sins openly, or he who is known to use the Fitrah in sinful way.

Question: Are there any additional rules that we need to be aware of?
Ans.: Following are some important rules:

(i) Fitrah should not be sent outside the town one resides in, if there are deserving mumineen in that town.
(ii) Fitrah from a non-Sayyid cannot be given to a needy Sayyid; the reverse is permissible.
(iii) A needy should be given at least one Fitrah
(iv) Amongst the needy, relatives should be preferred over others when giving Fitrah, next in line are neighbors and then the learned.

Admin please add my link into your blog