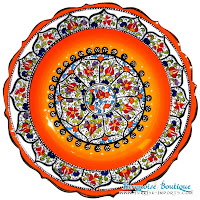 I wish happy Nawroz to the Iranians as it is their New Year. And also those who celebrate outside Iran. US president, Barack Obama has also wished them officially to improve the relations.
Though, there were attempts by some scholars to mark this day with some Islamic significance. Anyway we should share other people's sorrow and happiness unless that is not out of the boundries of shariat.
The colour and animal on Nawroz are irrelevant and has no Islamic significance.
Also, Hadhrat Imam Ali (a.s.) said that a day when a man does not commit a sin, that day is the day of Eid for him.

The following anecdote is sufficient to explain Nawroz:
One Nawroz day, Mansur Dawaaniqi, the Abbasid Caliph who took over the caliphate after his brother Abu al-A’bbas Saffaah, ordered Imam Musa Kadhim (a.s.) to present himself in the gathering of the Eid of Nawroz. This was so that the people could come and greet him and offer their gifts to him, which he should accept.
The Imam (a.s.) told Mansur, “Nawroz is the customary Eid of the Iranians and nothing has been said about it in Islam.”
To which Mansur replied, “This act is politically motivated and is intended to keep my soldiers happy. I place you under the oath of the Great God that you accept my request and present yourself at that gathering.”
The Imam (a.s.) agreed and arrived at the assembly. The army generals, nobles and the common masses arrived in his august presence, greeted him, and presented their gifts to him.
In the meantime, Mansur had ordered one of his slaves to position himself near the Imam (a.s.) and maintain a record of the money and gifts presented to him. The last person who had come to meet the Imam (a.s.) was an old man, who said to him:
“O’ Son of the Messenger of Allah! I am an impoverished person and lack the money to present you with gifts, but my gift for you today are three verses of elegy, which my grandfather had composed for your grandfather, Husain Ibn A'li(a.s.).”
Having said this, he then recited the verses.
The Imam (a.s.) responded appreciatively, saying, “I have accepted your gift,” after which he prayed for the man.
Then, turning to the slave, he instructed, “Go to Mansur, inform him of these gifts and ask him what has to be done about them?”
The slave did as he was told and upon returning, said to the Imam (a.s.):
“The Caliph has said: I have given them to you (Imam Musa Kadhim) as gifts. Spend them as you desire.”
The Imam (a.s.) told the old man, “Take these riches and gifts, for I am giving them all to you as gifts.”
at March 21, 2009