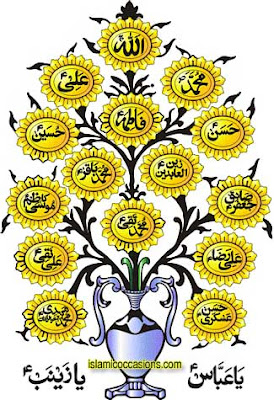 No one was more like the Apostle of God, may God bless him and his family, than al-Hasan b. Ali, peace be on them.

Fatima, peace be on her, brought her two sons, al-Hasan and al- Husayn, peace be on them, to the Apostle of God, may God bless him and his family, at the time when he was suffering from the sickness from which he died.

"Apostle of God," she said, "these are your two (grand) sons. Give them something as an inheritance."

"As for al-Hasan," he replied, "he has my form and my nobility. As for al-Husayn, he has my generosity and my bravery."

Al-Hasan b. Ali, peace be on him, was the testamentary trustee (wasi) of the Commander of the faithful, peace be on him, over his family, his children and his followers. He bequeathed him to look after his position and (the position of) his taxes (sadaqat) and he wrote him a covenant (of succession) which is well-known. His testamentary trusteeship is obvious in terms of the outlines of religion, the essential characteristic of wisdom and good-breeding. A great number of scholars have reported this trusteeship and many of the men of understanding have realised the truth of this through his (attitude to) the world.