What makes Wudhu and Ghusl Incomplete?

See the below picture very carefully. The rings are tightly worn in the fingers. They are so tight, that, it is difficult to remove while performing Ghusl or Wudhu. If the water doesn't reaches to those parts under the ring then the Ghusl and Wudhu are incomplete and invalid. When Wudhu is invalid, then, automatically the namaz(salaat) becomes null and void. It applies to thread also which is worn around the wrists tightly. Also the nail polish for the ladies. So, we should be watchful while performing Wudhu or Ghusl. Save namaaz, save Aakherat (Hereafter). 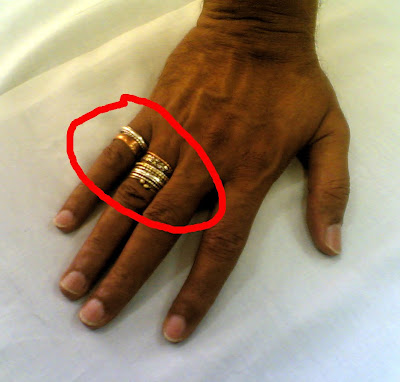 It was an informative post. Need such posts. These seem to be minor lapses, but have a major loss. Keep it up.

Post more such masael. These things work fine in our busy world.