The hypocracy of UNSC

The United Nations Security Council exposed itself at the 2010 Nuclear Nonproliferation Treaty Review Conference in New York by declaring their Nuclear Status.

These figures do not include thousands of nuclear warheads that are now retired and await disarmament if brought into action. 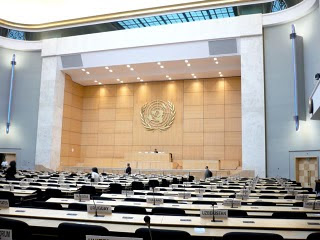 Do they have any moral right to impose sanctions on those countries who are signatories of NPT?

While Iran who is enriching nuclear energy for civilian purpose like medicine and power is facing sanctions from these UNSC members.

While these member countries have a criminal history of using lethal weapons on civilians. These countries are hostile to their neighbours.


America has dropped atom bombs on Hiroshima and Nagasaki and killed millions of civilians.
America supported Israel in producing Nuclear Warheads. Israel is possessing about 80 and more of such nuclear arsenals.

The story is not about NPT, but, it is the selling of destructive weapons to developing and under developing countries.
at May 05, 2010

Death to America. the great Satan.

Its true the WEST is hypocrite.

Criminals want to police the world.