Freedom of Speech! You are Fired ### 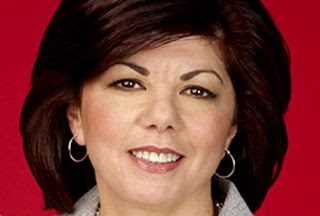 Octavia Nasr has been told to leave the US television news network after praising the Lebanese cleric who died from internal bleeding in a Beirut hospital on Sunday.
“Sad to hear of the passing of Seyyed Mohammed Hussein Fadlallah… One of Hezbollah's giants I respect a lot,” Nasr wrote on the micro-blogging site Twitter on Sunday.
CNN officials learned of Nasr's message on Monday and shortly after, a written statement on CNN's website said Nasr had made an "error of judgment."
..........Prior to joining CNN, Nasr worked for the Lebanese Broadcasting Corporation, where she began her journalism career in 1985.
Click for full Story on CNN and PressTV
at July 08, 2010

Even the blogs of British Ambasasdor to Lebanon was removed due to similar reason
http://www1.voanews.com/english/news/europe/Britain-Removes-Ambassadors-Blog-Post-Praising-Late-Lebanese-Cleric-98107499.html