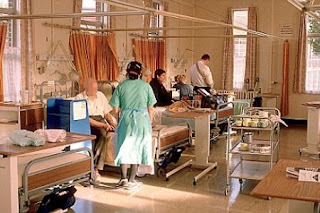 
British officials have promised that they will end most of the mixed-sex hospital accommodations in England this year.
"It's really difficult for people in wards where they feel they don't have the privacy they need, it's uncomfortable," said Deputy Prime Minister Nick Clegg, adding that many patients are embarrassed as they are forced to share bathrooms and toilets with the opposite sex.
Eliminating mixed-sex hospitals was one of the programs proposed by the Labour Committee when it won power in 1997; the plan, however, failed to be implemented due to the additional costs imposed on the hospitals.
"I have made clear repeatedly my deep frustration at the fact that mixed-sex accommodation has not been eliminated from the NHS,” said Health Secretary Andrew Lansley, adding that one in 10 hospital wards are still mixed.
Shadow Health Secretary Andy Burnham, however, claimed earlier that 95 percent of the UK hospitals already provide single sex accommodations. He stressed that Lansley only aims "to claim credit for something Labour has done and the media shouldn't fall for it".
According to a statement recently released by the British government, patients would soon be sharing sleeping, bathroom and toilet facilities only with individuals of the same sex in all wards except intensive care and A&E by the end of this year.
Emergency cases, however, would be considered as an exception as treating as many people as possible in the shortest time is the priority in the medicine.
Based on the statement whose details will be announced in the coming week, using a curtain as a divider to split men and women on a ward is not acceptable.
Mixed wards, on the other hand, may continue their existence in case separated bays or rooms would be available for men and women.

I request you to provide your email address to discuss further possibilites to enhance our blog services...

Join us to strenthen us