A Masjid in Kerala being built by a Hindu Businessman 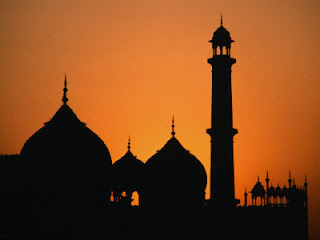 A Qatar-based Hindu businessman is building a Masjid in India’s Kerala state with the aim of promoting communal harmony.
According to CK Menon, the mosque in Kozhikode will be the first to be built in the state by a Hindu in over 1,200 years.
C K Menon said, Qatari daily Gulf Times reports on Monday said: Construction is going on. The Masjid will be ready in two to three months. Over 400 people can offer prayers in that Masjid at a time.
He said: So far the Cheraman Masjid, constructed in the late eighth century by Chera ruler Rama Varma Kulashekhara, is the first and only Masjid  built by any Hindu in Kerala.
Menon, who is chairman and managing director of the Doha-headquartered Behzad Group of Companies, said he had taken approval from Muslim scholars and religious leaders for building the Masjid.
Menon, who was awarded Pravasi Bharatiya Samman in 2006 and Padma Shri in 2009 for social service said: I have already taken letters from Muslim religious leaders and scholars. They are fine with it. God is one and people should respect and work for the promotion of other religions also.
Menon said he plans to build a church in Kerala. He added: Once the mosque is ready, I will start work on the church. We have already identified the land but final decision is not taken yet.
Menon, whose company operates in 13 countries, mainly in the Middle East, emphasized the need to promote the culture of philanthropy in India.
Menon said: Some people are already doing that, but a lot more needs to be done. Businesses are making money because of the common people. Every businessperson must give back to society a certain proportion of their earnings. He added that he spended nearly 3% of his earnings philanthropic activities.
Source : Gulfnews
at February 04, 2011