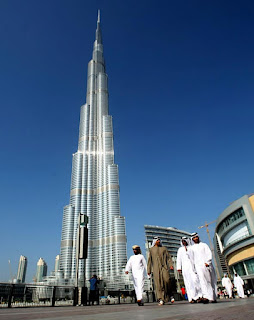 The idea that the UAE could see any political upheaval seems, if anything, more unlikely after the unrest elsewhere in the region.
Hotels in Dubai are rumoured to be seeing increased levels of business as financial professionals from Bahrain and tourists, who may have otherwise visited Egypt, divert to the emirate.
What's more, while the Bahrain Financial Harbour resembles ghost town – not least because banks like Standard Chartered and HSBC lifted staff out of the kingdom – the DIFC has a distinctly more bustling feel to it and headhunters are rubbing their hands as key bankers temporarily relocated to Dubai ponder a permanent move.
But is trouble in the UAE really beyond the realms of possibility? David Butter, regional director for Middle East and North Africa at the Economist Intelligence Unit, tells us that "it's not outlandish that there could be trouble in the UAE", but that the "idea would of course be laughed out of court".
“You’ve got the presence of Emirati angst: the feeling that you’re not doing as well as others and did we really ask for our country to look like this?,” he says. (full story)
at March 29, 2011