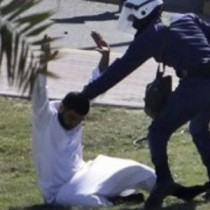 After observing the incidents in Bahrain of the brutality of the security forces towards unarmed protesters, every sane person is disturbed and want to be the voice against the oppressors. Since the Saudi army's invasion in Bahrain, the atrocities on the Bahrainis have increased manifold. The pictures on the Internet, Youtube, Twitter and different web news services have brought these inhuman behaviour of the tyrants to the fore.
Though, the media of GCC (Gulf Co-operational Council consisting 6 countries) has tried hard and is still trying to blackout the news coming out from Bahrain. Aljazeera channel which was considered to be a free media uptil now (clandestinely its an American supported and programmed channel) has totally turned a blind eye towards Bahrain. It is just stationed in Libya and covering the news providing a little evidence and repeating few video clips of wars over there. For Aljazeera, Bahrain protests for democracy doesn't exisits.
Many believers ask that what they should do at this moment when the human rights of the Bahrainis are trampled. Some have sent cables, emails, letters of protest to Bahraini Embassy and Consulates. Others gathered at Azad maidan to protest along with the Bahrain students, manifesting their solidarity to them.
But, a group of believers of South Mumbai has gathered (40) on last Sunday and recited Dua-e-Alawi-eMisri and Dua-e-Tawassul and sought divine intervention for the Bahraini problem.
May Allah accept their prayers. Aameen.
at April 12, 2011