The Decline of the American Empire 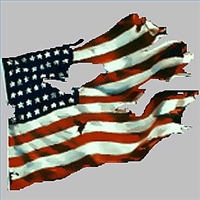 The US has the world's biggest economy, the most influential culture, and the most potent military machine, with a budget that equals that of all other nations combined. It is the only power with a global project defended and supported by more aircraft carriers, Fortune 500 companies, and more successful media-tainment conglomerates than any other.


But the last decade has been problematic for the world's only superpower.
America's post-Cold War optimism has given way to pessimism, forecasting a declining power and more crucially, the end of "the American era",
complete story
at January 01, 2012