Do You Know Who Abu Huraira Is? 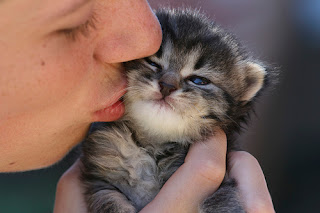 In the year 7 A.H./629 A.D., a young and very poor man from the Daws tribe of southern Arabia (Yemen), met the Prophet immediately after the battle of Khaybar and embraced Islam. He is well known in history as “Abu Hurayra,” the fellow of the kitten,after a kitten to which he was very much attached. His name shone neither during the lifetime of the Prophet nor of the four “righteous caliphs” but during the un-Islamic reign of terror of the Umayyads which lasted from 655, when Mu'awiyah seized power in Damascus, 750 A.D., when Marwan II, the last Umayyad ruler in Damascus, died. It was during that period that the Islamic world witnessed an astronomical number of “traditions” which were attributed, through this same Abu Hurayra, to the Prophet of Islam(ﺹ). Since these traditions, known collectively as hadith, constitute one of the two sources of the Islamic legislative system,the Shari`a, it is very important to shed a light on the life andcharacter of this man even if some readers may consider this chapter as a digression from the main topic.
It is of utmost importance to expose the facts relevant to Abu Hurayra so that Muslims may be cautious whenever they come across a tradition narrated by him or attributed to him which, all in all, reached the astronomical figure of 5,374 “traditions,” although he spent no more than three years in the company of the Prophet, afact supported by the renown compiler al-Bukhari, whenever such company did not involve any danger to his life, and despite the fact that Abu Hurayra did not know how to read and write... The reader can easily conclude that this figure is unrealistic when he comes toknow that Abu Bakr, friend of the Prophet and one of the earliestconverts to Islam, narrated no more than 142 traditions. Omer ibnal-Khattab, the story of whose conversion to Islam is narratedearlier in this book, narrated no more than 537 traditions. Othman ibn Affan narrated no more than 146 traditions. And Ali, the man who was raised by the Prophet and who was always with him,following him like his shadow, and whose memory and integrity nobody at all can question, narrated no more than 586 traditions. All these men, especially Ali and Abu Bakr, spent many years of their lives in the company of the Prophet and did not hide when their lives were in jeopardy, as is the case with Abu Hurayrah, yet they did not narrate except a tiny fraction of the number of “traditions,” many of which cannot be accepted by logic and common sense, narrated by or attributed to Abu Hurayra. This is why it is so important to discuss this man and expose the factories of falsification of hadith established by his benefactors, theUmayyads, descendants and supporters of Abu Sufyan, then his son Mu`awiyah, then his son Yazid, all of whom were outright hypocrites and had absolutely nothing to do with Islam. Read Full