Virtues of Faatemah Zahra (s.a.) as per the Scholars of Ahle Sunnat 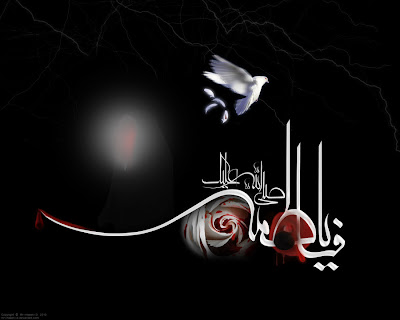 Ibne Maghaazali Shaafe’ee, in his book Manaaqib, pg 399, has documented a tradition from the Holy Prophet (s.a.w.a.): By the Almighty, who made me a Prophet, that you O’ (Faatemah (a.s.)) are the leader of all women in both worlds i.e. in this world, and the hereafter.
Many more traditions of this nature have been mentioned by Sunni scholars like Allamah Shahaabuddin Aalusi in Tafseer al-Maani, book 3, pg 155, Shaafe’ee in Seerah al-Halabi book 2, pg 6, as also by Suyuti, Muqrezi, Mannaawi, Ibn Abil Hadeed Motazali, Ahmed Zaini Vehlaan, Shaafe’ee Mufti Misri.
Allamah Ibne Maghaazali in Manaaqib page 37 states from Nasr b. Ali who relates on the authority of Imam Moosa al-Kaazim (a.s.), and he on the authority of his immaculate forefathers (a.s.), and they on the authority of Ameerul Momineen (a.s.), who quotes from the Holy Prophet (s.a.w.a.) who will holding the hands of Hasan (a.s.) and Husain (a.s.) informed:
He, who befriends these two, their father and their mother, will enjoy my stature in Paradise.
Khateeb-e-Baghdaadi had stated that when Nasr b. Ali, stated this tradition, Mutawakkil ordered a punishment of two lashes. When Mutawakkil’s agents were beating him, Jafar b. Abdul Waahid inquired from Mutawakkil why they were beating him as he (Nasr) was a Sunni. Nasr was then let off. (Taarikh-e- Baghdaad, book 13, pg 288)
Highly respected theologian Haafiz Mohib al-Deen al-Tabari, in his book titled Zakhaaer al-Uqba pg 56, has a recorded a tradition wherein the Holy Prophet (s.a.w.a.) addressed Ameerul Momineen (a.s.) (a.s.), greeting him by the title – O Father of two fresh and blossoming Flowers, shortly, both your two pillars will go.
When Holy Prophet (s.a.w.a.) passed away, Ameerul Momineen (a.s.) said – Of the two pillars, this was one. Shortly thereafter when Hazrat Faatemah (a.s.) passed away, he (a.s.) said this was the second pillar.
Click for Full Article