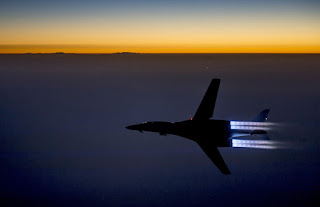 While Americans savored the last moments of summer this Labor Day weekend, the U.S. military was busy overseas as warplanes conducted strikes in six countries in a flurry of attacks. The bombing runs across Asia, Africa and the Middle East spotlighted the diffuse terrorist threats that have persisted into the final days of the Obama presidency — conflicts that the next president is now certain to inherit.

In Iraq and Syria, between Saturday and Monday, the United States conducted about 45 strikes against Islamic State targets. On the other side of the Mediterranean, in the Libyan city of Sirte, U.S. forces also hit fighters with the militant group. On Sunday in Yemen, a U.S. drone strike killed six suspected members of ­al-Qaeda in the Arabian Peninsula. The following day, just across the Gulf of Aden in Somalia, the Pentagon targeted al-Shabab, another group aligned with ­al-Qaeda. The military also conducted several counter terrorism strikes over the weekend in Afghanistan, where the Taliban and the Islamic State are on the offensive.

Militants in each of those countries have been attacked before, but the convergence of so many strikes on so many fronts in such a short period served as a reminder of the endurance and geographic spread of al-Qaeda and its mutations. Read Full
at September 11, 2016